We use cookies and other technologies to understand how you and other visitors use our site, and improve your browsing experience. Learn More 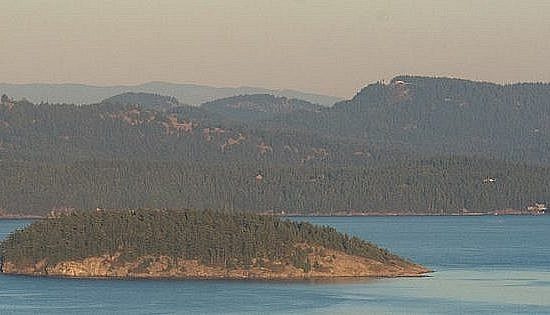 The amazing San Juan Islands Archipelago, a group of 175 named islands located in Washington State is in the heart of the Salish Sea, just north of Seattle.  If all the exposed landmasses were counted at low tide, the number would rise to 700!  84 of these islands are designated as National Wildlife Refuges.

People come to the San Juans from all over the world to enjoy the remote island life style, to soak up the natural world, both in sights and sounds, and to have the chance to be closer to what wild places can gift them.  Hike or bike the trails and roads, watch both sea and terrestrial birds, spend time observing whales, seals, sea lions, dolphins or porpoises from a land or water base.  Opportunities to experience and learn begin as you step onto the ferry or land at the marina or airport.   Natural beauty abounds and where words might fail, the sights and sounds fill in the frame.

There are only four ferry served islands, full of stories and rich with history.  They were formed by massive geological events, mountains moving, land shifting, volcanos erupting and glacial ice carving.  The result produced the Salish Sea, a body of water encompassing: West in the Strait of Juan de Fuca to the Pacific Ocean, North to the Georgia Strait and Canada and South to Puget Sound.

On San Juan Island is the town of Friday Harbor, just a 1 hour ferry ride from Anacortes.  This is the second largest island measuring 56 square miles and has a population of about 7,500 year round residents, however, in the summer you can count twice as many.  From the westside beaches, San Juan County Park, and Limestone State Park (also known as whale watch park) the views are to the west.  Kelp beds along the shore are excellent habitat for fish transiting from the open ocean to the rivers in the east.  Where the fish are, you can find marine mammals that prey upon them.

Places to picnic and enjoy the sea views can be found at Jackson’s Beach, South Beach, Jakle’s Lagoon, Cattle Point and 4th of July Beach.  Limekiln State Park and San Juan County Park are known for whale watching possibilities.  After the hike up Mt. Young you are rewarded with a great place for a picnic and fabulous views of the islands.  American Camp and English Camp are part of the National Historic Park system and located on the south and north end of the island.

Lopez Island, measuring 29 square miles is a short 45 minute ferry ride from Anacortes.  It has approximately 2,500 residents.  Both Spencer Spit State Park and Odlin County Park offer camping and general public day use.  The southern end of the island has walking access to Iceberg Point and access to Agate Beach County Park.  There are many places to enjoy the scenic view across Haro Strait to the Olympic Mountains, Vancouver Island, the Strait of Juan de Fuca and south toward Seattle and Mt. Rainier.  The shoreline below is home to some of the incredible sea life of the Salish Sea.  It’s a great place for sea bird, seal, sea lion and whale sightings.

Shaw Island, the smallest of the ferry served islands, measures 8 square miles and is home to 235 people. It is by far the quietest of the four major islands.  The only accommodations are at South Beach Park on Indian Cove.  There are 11 campsites!

Orcas Island measures 57 square miles and is the largest of the island group. It has a population of about 5,500 people. Eastsound, a large glacially cut fjord, bisects the island and creates the shape of a horseshoe.  The lookout on top of  2,409’ Mt. Constitution, the highest point in the San Juans, is expansive and the hike up 1,519’ Turtleback Mountain is good exercise.  Moran State Park offers 30 miles of trails and camping.  Obstruction Pass State Park offers shoreline access for beach combing.

The San Juan Islands are a place of geological wonder, from the ocean floor to the tops of the mountains rising from the sea. Geologic evidence suggests that millions of years ago the islands arrived like many tourists, by “floating” across the ocean from an area south of the equator on the other side of the Pacific, and bumping up against, and then adhering to, the North American Continent.

Over 12,000 years ago the Vashon Glacier covered the entire area with 4,200 feet of ice!  The forward movement of the glacier polished and scoured the land masses and carved out deep canyons, now filled with sea water. The waterways surrounding the San Juan Islands vary in depth.  Drop something overboard and it could  be 400-800 feet to the sea floor! The glacial ice pack pushed south, leaving behind glacial erratic boulders picked up from British Columbia. It scratched and grooved rock surfaces and carved out three distinct wide spaces; known as the Strait of Juan de Fuca, Rosario Strait, Georgia Strait and Haro Strait, creating the waterways  surrounding the San Juan Islands.

From the shore, four distinct mountain ranges are sighted, formed by faulting, folding and volcanic action.  These encase the inland waters.  To the west the Olympic Mountains and the Vancouver Island Range rise up; the Cascades and the British Columbia Range are to the east.  These high mountains collect snow in the winter, and provide fresh water cold streams which empty into the Salish Sea. They also provide the rain shadow effect for the San Juan Islands, yielding many sunny days in the spring, summer and fall.

The North Pacific Ocean floods into the Strait of Juan de Fuca bringing nutrient rich water mixed by the tidal currents. The tidal range of the San Juan Islands is approximately 10 feet.  There are two high tides and two low tides per day surging through the underwater canyons in-between the islands.  Here, where sea meets land, a multitude of wildlife finds sustenance.  Tiny plankton, crustaceans, fish, birds, seals, sea lions, dolphins and the great whales, all find a niche in this habitat.

For more information about our whale watching tours, take a look at the Western Explorer II & Boat Charter pages! If you’re coming from Seattle, read more about  Whale Watching Seattle trips on our blog!